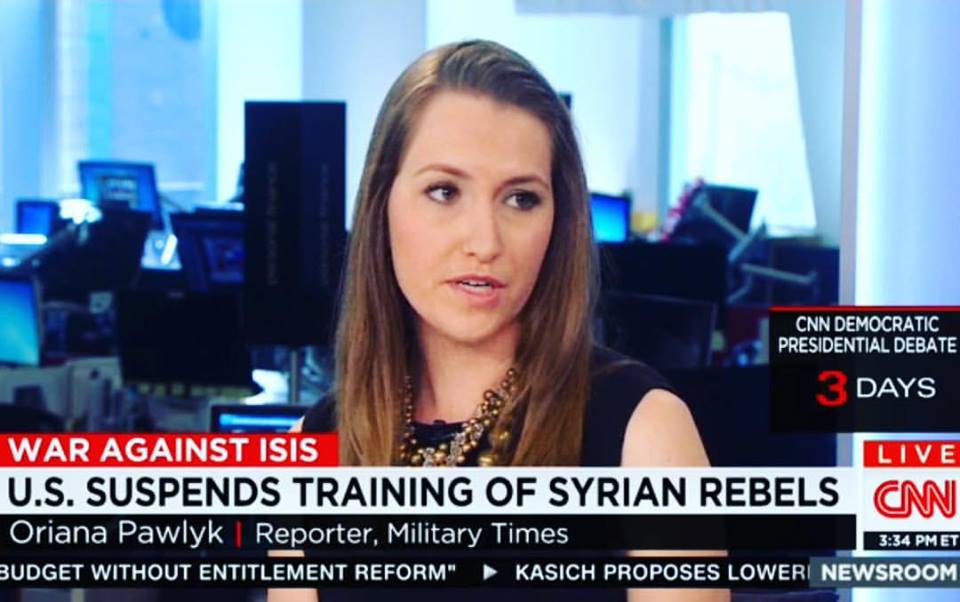 I’m Military.com‘s air warfare reporter covering everything from the latest personnel trends, investigations, defense technology, to Air Force operations all over the globe.

I edited the Military Times Early Bird Brief newsletter in 2015, compiling the top national security stories driving the day. I started out my military news career as the Deputy News Editor for Air Force Times between Aug. 2012 until Dec. 2014.

I became a Paul Miller Washington Reporting Fellow hosted by the National Press Foundation in July 2013. Through the nine month program, I was given the opportunity to correspond with officials, experts and seasoned journalists in the D.C. area while also learning from newfound peers and colleagues.

I attended Miami University in Oxford, Ohio, where I received a bachelor’s in Journalism and English Literature. I was an editorial editor and columnist for The Miami Student. 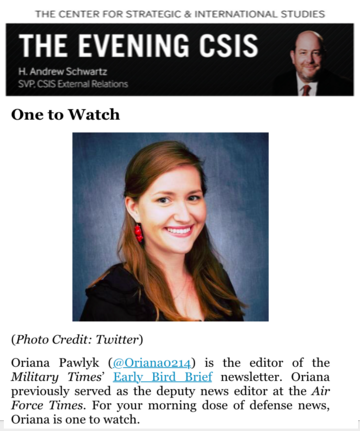 I interned with the Federal Times  in Washington, D.C. coordinated through the Washington Media Institute program in the summer of 2012, which prompted my current role within Sightline Media Group under TEGNA. (formerly Gannett Government Media Corporation).

An American Ukrainian from Chicago, I am bilingually proficient in Ukrainian, and grew up learning Ukrainian arts, culture, history and literature.

I am a member of the Pentagon Press Association.

My interests include world cultures, international governments, history, intelligence agencies, cybersecurity, politics, the military and especially written literature on all of the above.

View my most recent reporting under the “Featured Media > Military.com” tab as well as the. Click on “Videos, etc.” for video interviews, soundbites and more.

She was the character I identified with most in SATC. Now — not so much #justiceforSteve https://t.co/5WYufB5wGh
View on Twitter
0
3
Oriana Pawlyk @Oriana0214

Refusing to wear a mask and then this. Exposing not one, but two orifices. Just lovely. https://t.co/gJ7O3Wv5CO
View on Twitter
1
4
Oriana Pawlyk @Oriana0214

Air chaos from 5G averted, but challenges to aviation are far from over